Spiritual confusion, poverty, and oppressive societies have long kept the gospel from advancing through Latin America. But the people are searching for hope.

Recognizing that their tribal and works-based religious beliefs and practices cannot provide the answers they’re looking for, Latin Americans are seeking truth and finding it in the gospel. The church, fueled by the power of the gospel message, is advancing as nationals take up the cause of Christ.

Because of dedicated believers, the seeds of the gospel are faithfully being spread across Latin America. East-West is committed to nurturing these seeds that are being planted so that the kingdom of God will multiply, which is why we lead short-term trips, equip nationals, and provide vital humanitarian aid to the region.

Explore upcoming opportunities to serve alongside our missionaries and national partners in Latin America.

Join Us in Praying for Latin America

In a country of beautiful colors, historical architecture, and vibrant life remains an acute spiritual darkness. Though half of the population of Latin American claims to know Christ, many still worship idols and live without the hope of Jesus due to government restrictions on religion.

However, light is being brought to the darkest of places through short-term missionaries like Deborah.

Several years ago, a family living in poverty was given two Bibles. The gospel was not presented to them at the time, and the Scriptures remained a mystery. Despite a lack of faith in the God of Christianity, the family prayed to understand what they read.

As God would orchestrate it, Deborah’s team visited this family’s home to explain the good news of Jesus Christ for the first time. The Holy Spirit moved in that moment to open their eyes to truth.

Their joy was immeasurable as they accepted Jesus as their Savior.

Once the family trusted Christ, the mother immediately handed Deborah one of the Bibles they had received and prayed to understand all those years ago. She asked Deborah to give it to someone else in the community.

Coincidentally, Deborah had already visited the home of an idol-worshipper earlier in the week. Upon hearing the gospel, the woman destroyed her idols and desired to learn more about God through the Bible, but Deborah did not have one on hand. Now she did thanks to the selflessness of a new believer. Deborah’s team went back and gave this woman what she wanted most—the Word of God.

Though Latin America may still be a dark place, the body of Christ, regardless of how long they’ve followed Jesus, is working together to spread gospel hope.

Give to Ministry in this Region

Are you passionate about the unreached in Latin America? You can participate in our work in this field by giving to support the ongoing ministry of our faithful national partners. 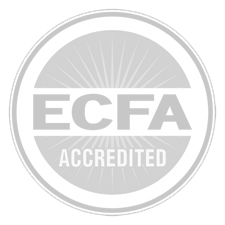